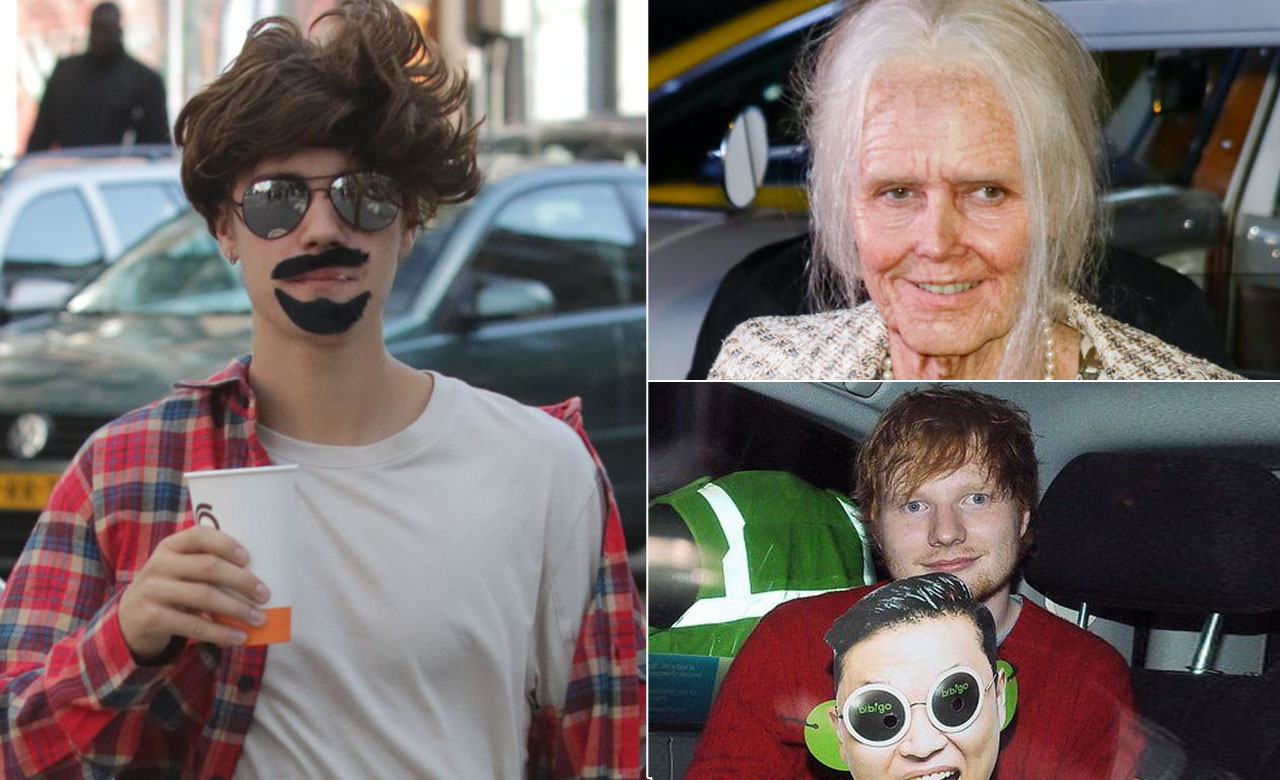 Most of the time, celebrities can’t just walk outside casually without being followed by the paparazzi or a group of people wanting autographs. That’s why these Hollywood personalities got creative and wore disguises as if they were in a spy movie. Given credit for her musical versatility and image reinventions, Lady Gaga has her share of disguises. Over the years, her fashion toned down a bit from her previous unconventional costumes. In 2013, the singer-actress stepped out of Berlin to launch her new album, surprising the fans with her big yellow furry hat-mask with a beak on it, perfectly pairing it with a yellow dress. In the 1980s, Madonna has been referred to as the “Queen of Pop.” The Material Girl singer also likes to go out sometimes, but it’s somewhat bothersome for a celebrity like her without having a camera in the face. Well, no problem. Madonna used two crutches, wore a thick parka, a wool hat, and a pair of large black sunglasses, and covered her mouth with a red handkerchief as her disguise when she roamed around New York City. A perfect disguise absolutely tricks a lot of people, like what the former English professional soccer player, David Beckham, had. The soccer superstar took some time out from LA Galaxy training back in the days to appear in Ellen DeGeneres’ show. Beckham disguised himself for the comedy sketch as a Target employee, stood in the cosmetic aisle, giving unsuspecting passing customers a sample spray of the perfume which he represents. He sported a red shirt and beige trousers and topped it off with a pair of sunglasses and a black cap—credits to his performance for making it seem like he really worked there. With a serenading voice like Ed Sheeran, it’s hard not to recognize the English singer. If you didn’t know yet, he is friends with the Gangnam Style singer, Psy. During a night out together at Mahiki nightclub in London, Sheeran decided to put on a disguise using a mask with Psy’s face printed on it. The night out served to be an inspiration for Sheeran’s Sing music video. Not all disguises by celebrities were used to hide their identity in public. This time, Hollywood superstar Arnold Schwarzenegger utilized it to prank unwitting visitors in a museum with a great degree of success. He dressed up as his Terminator character with complete make-up and aesthetics, and he took the place of his wax figure at the Madame Tussauds Wax Museum in Los Angeles. When visitors stood beside his supposed wax sculpture, Schwarzenegger startled and scared them by suddenly moving. German-American fashion icon and model Heidi Klum has been having a successful career in the industry since the 1990s. Unsurprisingly enough, she is also a master of disguise. During her annual Halloween party in 2013, Klum took it up a notch by transforming herself into an old lady, and it’s really convincing—credits to her disguising skills. The model wore aesthetics such as facial wrinkles, varicose veins on her legs, and translucent skin with age spots. With a large number of fans, Justin Bieber will surely have a difficult time going out in public in plain sight. When the Baby singer was in Amsterdam for his European leg of his Purpose tour, he was caught in a poorly-made disguise of a fake goatee and an untidy brown wig while casually kicking a soccer ball around. The Canadian singer and rapper Drake stopped by the show of Jimmy Kimmel in 2014 for Lie Witness News after he announced that he would be hosting the ESPY for that year. His disguise included a fake thick mustache and beard, glasses, and wig. He then stopped pedestrians and asked them what they thought of Drake as an artist. Later on, Drake revealed himself after pedestrians tried to recite some lyrics from one of his songs. Credits to Drake’s disguising skills since the people didn’t realize who he was at the beginning.