6 Celebrity Millionaires and Their Inexpensive Trips 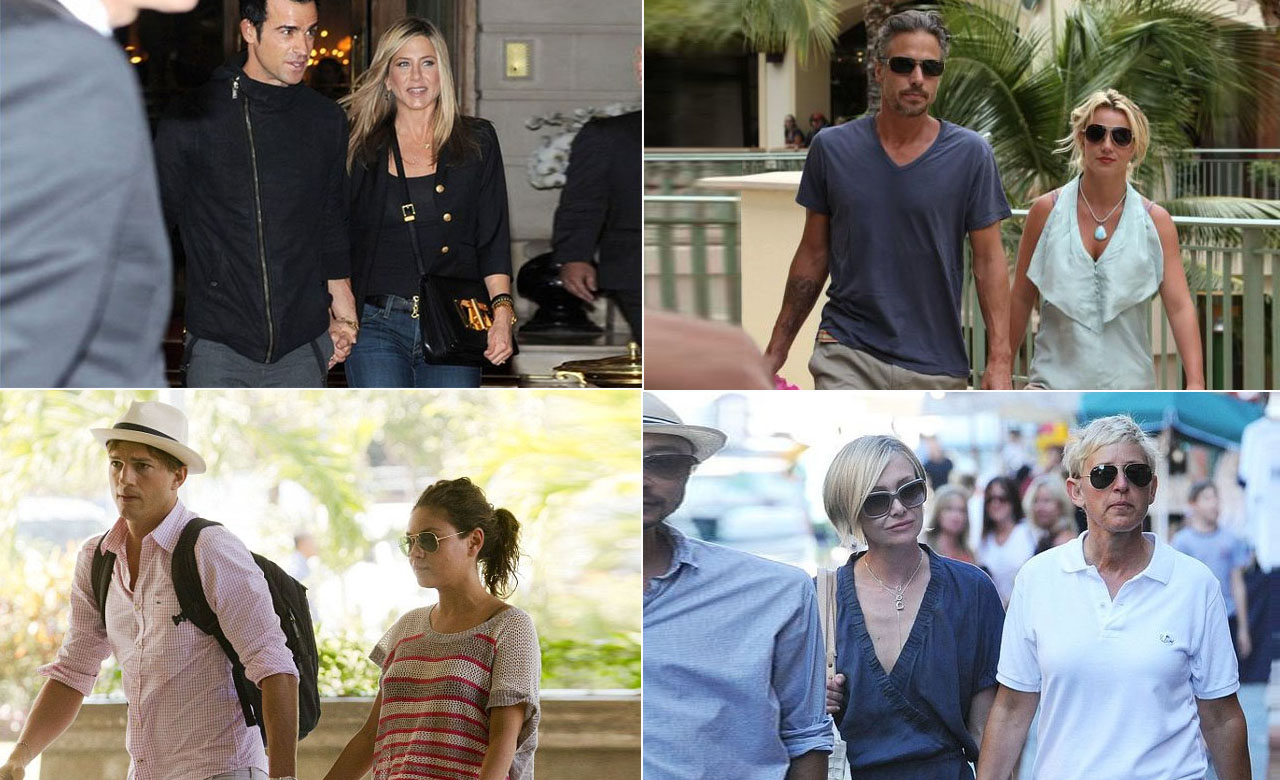 These celebrities are well-known for their respective careers. Either in music, acting, or even a family reality show. (You know who they are!) They’ve been raking millions of dollars with several of their endeavors, but when it comes to their getaways and time off the limelight, they only spend a tiny portion – not even 1% – of their annual income. Take note, these are the celebs who don’t think about mortgages anymore. Do we have to mention that Taylor Swift now owns eight houses? It’s uncertain if they’re not a fan of luxurious vacations or they’re just…thrifty. Ellen DeGeneres has been married to Portia De Rossi since 2008, and to celebrate their fourth wedding anniversary, they took an advance and quick vacation in Portofino, Italy, a resort town that was previously a fishing village in Italian Riviera. The couple reportedly checked in the only five-star hotel in the location, the Excelsior Palace. Ellen’s credit card was probably used to pay for the accommodation, which is estimated to be $137,500. This is a huge amount for many, but for her, it’s just 0.26% of her annual $53 million income.

DeGeneres’ syndicated show The Ellen Show became the main contributor to her wealth. Since her fortune grew tremendously, which is estimated to be at $500 million in 2021, her future vacays after this one would probably be much more expensive. Before these two called their lawyers and officially separated, the couple took a trip to the City of Love, Paris. They booked a place in Ritz Carlton and were seen holding hands while heading to Jennifer Aniston’s favorite restaurant, Ristorante le Stresa. The now-estranged couple was also seen spending some dollars on the Palais Royal, where it houses luxurious fashion brands, including Stella McCartney and Marc Jacobs. It’s unsure who paid for the accommodation but according to Insider, their stay in the Ritz cost an estimated amount of $53,500, this is just 0.19% of Aniston’s annual income of $28 million. The pop icon headed over to Maui, Hawaii, with her two adorable sons and her fiance, to celebrate Independence Day. They spent their time in the Grand Wailea, a 40-acres beachfront resort in Waldorf Astoria. The pools here have the first-ever water elevator in the world, including rapids and kid-friendly water slides. The Lucky singer doesn’t have a finance degree, but she seems pretty educated on how to manage her hard-earned fortune. She only splurged $28,750 or 0.29% of her $10 million earnings for this vacation. This actress is known for her credits in films like Fantastic Four and Sin City enjoyed a short but wonderful vacation with her family, at a UNESCO World Heritage Site – Amalfi, Italy. The town boasts a handful of artistic influences, including Mediterranean and Byzantine. From her annual income of $9 million in 2011, Alba only dropped 0.64% of her annual income – or $57,770 – to pay for the place she booked at Hotel Santa Caterina, a seaside palazzo built in the 19th century, which then transformed into a five-star hotel. Back when they didn’t have kids – now they have two – the new couple flew to Bali, Indonesia to spend some time away from prying paparazzi and probably get to know each other in a much deeper sense. The two stayed in Amunasa Resort, where Ashton Kutcher might have spent $29,000 off his annual income of $16 million. The luxurious accommodation has an overlooking view of the Indian Ocean, white sand beaches, and stunning coral reefs. Kutcher has had investments in several companies, including Uber and Airbnb, which catapulted his net worth to $200 million in 2021. Since this trip was in 2012, imagine how much they will spend on their future trips, now with their kids. In 2012, the clan flew to the Dominican Republic to spend some time off, relax, and enjoy life without cameras all over their faces. They reportedly stayed a few days in Casa De Campo, a 7,000-acre resort in La Romana. As per Insider, the Keeping Up with The Kardashians stars paid an estimated amount of $22,575 for their accommodation. This is just 0.03% of their $65 million annual income.