Celebrity Couples You Were Probably Not Aware That Were Dating 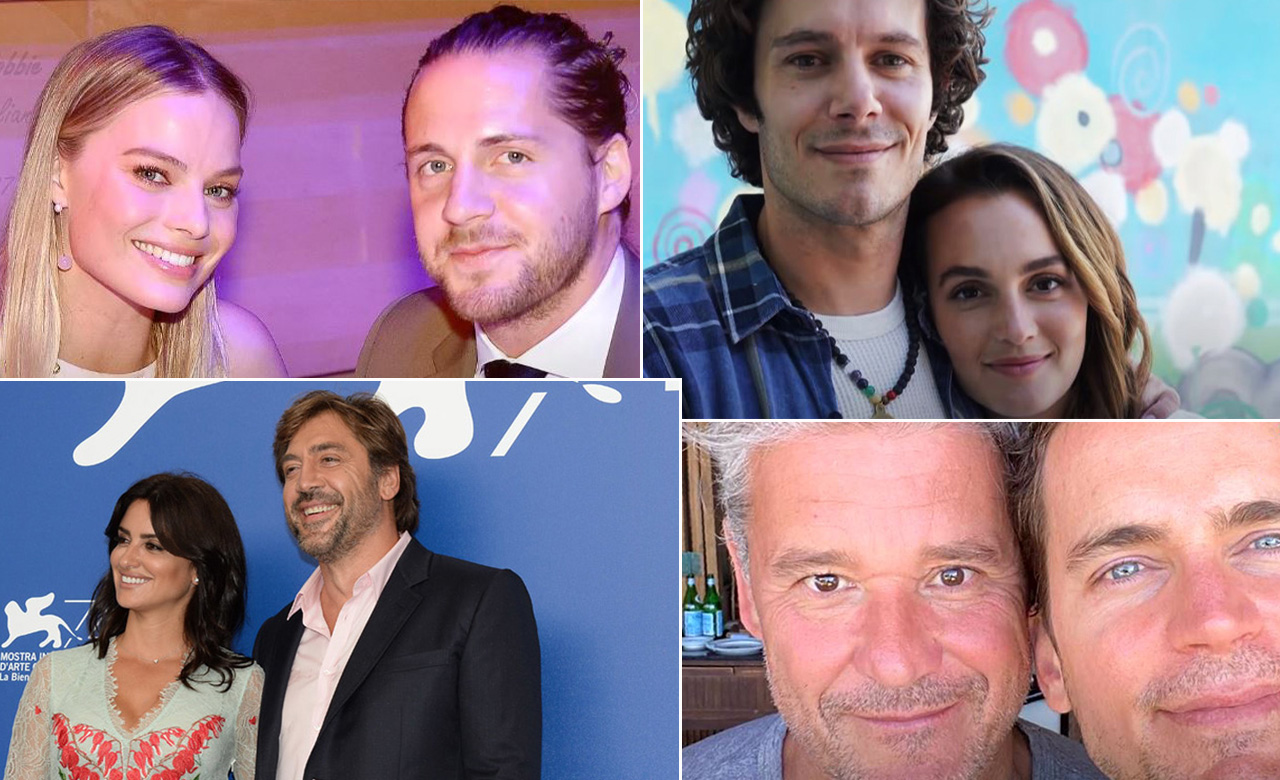 Celebrity life is not always fascinating as anyone thinks it is. Behind the glitz and glamour, celebs have a lot to sacrifice, including their privacy and family life. As such, their life is an open book whether they like it or not, and their dating life is always such an interesting topic for people. Lucky are those who can manage to keep their relationships private, just like these celebs who have dated and no one barely knew! Taylor Swift has this reputation of jumping from one relationship to another. As she took a hiatus in 2016, it seems her relationship status has gone stealth mode. No one knew if she was dating anyone until photos of her with a guy called Joe Alwyn, an English actor, went up on the internet in 2017. It was later confirmed that they have been dating since 2016. Like always, Taylor has songs for Joe Alwyn like Gorgeous and Lovers. In the 2020 Grammy’s, Taylor thanked Joe for helping her write songs in the album Folklore, which she made official when she rewrote the album credits. Carrey Mulligan knows how to separate her private life from work. Although she and her husband, Marcus Mumford of the Mumford and Sons band seem to be soulmates and destined to be together. The two were pen pals when they were young and eventually reconnected when they are both working in the entertainment industry. The two wed in April 2012, just after they packed up the film that they are both working on. It is impressive how these two A-list celebrities managed to keep their relationship totally out of the picture in their career. Aside from not going together on red carpet events, Eva and Ryan barely talk about their relationship and marriage. It seems to be working for both of them as they now have two children, aged six and four. In 2015, Cameron Diaz announced her retirement from the entertainment industry shortly after she tied the knot with the Good Charlotte band member, Benji Madden. Their relationship was barely known to the public, nor their marriage. That is why everyone was surprised when Benji dedicated sweet birthday greetings to Cameron in 2017, which announced their relationship. Likewise, Cameron and Benji are now proud parents to their daughter, who they welcomed in 2020. Joseph Gordon-Levitt has been acting since he was a kid. Although, he quit for a while and came back when he was already older. One thing in life that he learned is to keep his private life away from the spotlight. That is why when he started dating Tasha McCauley, a tech entrepreneur, he made sure to keep the intimate details about their relationship private. As such, the two got married in 2014 and spared no big announcement about their union. The same goes for when they had their son. Well, after Joseph’s successful career, they probably won’t have to worry about student loans for his child’s future. Tom Holland and Zendaya first met in 2016 for the making of The Spider-Man Homecoming movie. Being co-stars, they spend time together on set and off-takes. The two seem to be enjoying each other’s company as they were even seen hanging out off work. What is more, Tom was captured with Zandaya’s parents having lunch. As their closeness suggests that they are more than friends, Tom is adamant in denying their special friendship and claims that he is single. There is one good reason why Leighton Meister and Adam Brody are not popular celebrity couples. For one, Leighton is an extremely private person and can be characterized as a mysterious person. Second, both Adam and Leighton are not party-goers and prefer to chill at home. Likewise, they blended well and got married in 2014. The two welcomed their firstborn in 2015 and had their second child five years later. Margot Robbie is one of the most desirable women in Hollywood today. From Wolf of Wall Street to her iconic character as Harley Quinn, she deserves her spot in Hollywood. It is unfortunate to say that Margot is off the market. She has been married to the assistant director Tom Ackerly since 2017. No one knew it until Margot made it public by posting a photo of them in wedding bonds. The truth is, they have been together since 2014, long before Margot landed major film credits in Hollywood. Many were shocked when Dave Franco and Alison Brie announced that they were married in 2017. It feels like nobody knew that they were even together. The truth is, the two have been dating since 2011 but have maintained a low-profile relationship ever since. The two only made their relationship public knowledge in 2015 when Dave and Alison got engaged. Being the secretive couple that they were, the two had a secret wedding in 2017 attended by only a few people. As the couple has no plans of having children, dealing with an additional insurance policy will not be a problem for the couple. It was an unwritten rule that when two celebrities appeared in a red carpet event together, it signifies that they are making their relationship official. As for Katie Holmes and Jamie Foxx, the moment they stepped on the red carpet together signals the end of their long-covert relationship.  Ever since Katie Holmes and Tom Cruise have parted ways, Katie was spotted with Jamie Foxx. As this drove the conclusion that they were dating, the two have not said a word about their relationship. As they seem to confirm their romantic involvement by attending the Met Gala in 2019, there were rumors that they split up months after their appearance. In 2017, Amanda Seyfried shocked her fans when she became Mrs. Thomas Sadoski. The two met while they were working on a stage play, The Way We Get By, in 2015 but were in their respective relationship. The two met in 2016 for the film The Last Word and began dating. In March 2017, the two eloped in a wedding attended by the two of them only, and two weeks later, Amanda gave birth to their firstborn. In 2020, they welcomed their second baby. Javier Bardem and Penelope Cruz are other famous couples who barely mentioned their relationship and family life in interviews. The two first met on the set of the 1992 film Jamon Jamon. Penelope was just 16 years old back then, while Javier is already in his early 20s. In 2007, the two were suspected of dating as pictures of them spending time together appeared. They remained tight-lipped about their real score until 2010 when Javier endearingly credits Penelope when he was delivering his acceptance speech for an award. Later on, they got married in an intimate wedding in July 2010. Now, the couple has two children together and are thankful that they kept their relationship off the radar as it is still strong as ever. Emma Stone resumed her wedding with Dave McCary in an intimate and secret wedding despite the current global situation. As always, Emma has maintained her relationship with Dave in private like she always did. The two met in 2016 when she was a guest at SNL and Dave directed her skit. In 2019, the couple made their relationship public, and by December 2019, they announced their engagement. Now, Emma and Dave will soon welcome their bundle of joy. Jennifer Lawrence is another celebrity whose dating game has been under the scrutinizing eyes of the media. Through the years, she seems to learn that the more open her dating life to the public, the more it does not succeed.  That is why when she met Cooke Maroney, a curator, in 2018, Jennifer kept it down low. As such, Jennifer and Cooke got married in an intimate ceremony in October 2019. Matt Bomer gained popularity in the 2009 TV series White Collar. In 2012, he divulged his gender orientation and involvement with Simon Halls, with whom he has been married since 2011. Later on, Matt admits that he and Simon have three kids – twin boys born in 2008 and their firstborn in 2005. Now, the couple must be busy looking after their three children, especially helping them with their online classes.