Celebrity Activities that Normal Human Being Can’t Do 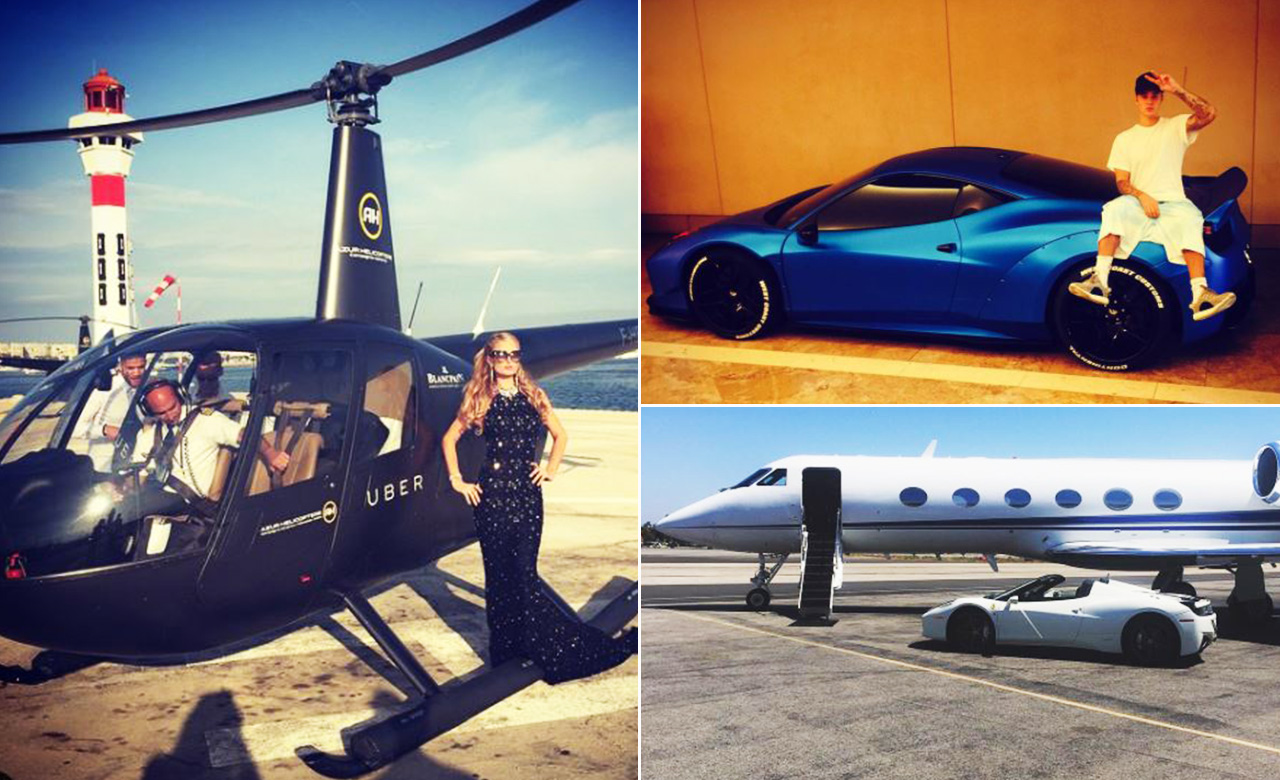 Living just like how our favorite celebrities do is something many of us would like to experience, even just for a day. Or maybe forever? Honestly, who wouldn’t want to have a private jet like Drake? The majority of people who knew Beyonce would most likely want to live in her $88 million mansion. Ladies would probably want to have one of the world’s largest Hermes Birkin collections like Jeffree Star. Amazing investment right? Unfortunately, normal people who have average salaries like us could only wish to experience these. Well, it’s not really impossible, but maybe one in a billion. Oops! Did I just mention Kim Kardashian’s current net worth? My bad.

Here’s a list of things that celebrities do while normal humans couldn’t.

Cover your family member with cash On November 21, 2013, Scott Disick posted a photo of him and a sleeping Khloe Kardashian on Instagram, with a pile of cash sprawled onto her body. Well, with Scott’s current net worth of $45 million, he won’t ever have to use a $1 bill to cover a lying Khloe again, ‘cause he could have a mountain of $100 if he wanted to.

Nicki Minaj’s credit card limits are probably as thick as her – you know what – that! Since she’s a huge star in Hollywood and watching movies in theater has not been a regular thing for her, she did what a regular human being couldn’t — renting the whole movie room! For her and beau to watch peacefully without prying paparazzi, she might’ve swiped a card for an enjoyable screening.

Take A Selfie on a Private Plane Having an own private jet like Drake is quite a dream for many. However, even for someone with afinance degree, renting one would be a lot to handle. In Kim Kardashian’s situation, this is “…NO BIG DEAL.” as she wrote on Instagram. In a separate post, she showed a selfie of her with a hashtag on the caption #AirplaneSelfiesHaveTheBestLighting. Agreeing and disagreeing is impossible for us, especially if we haven’t experienced it. Probably nothing in this world could stop Paris Hilton from striking a pose for the camera while standing beside a helicopter she rented. Not just a regular selfie though. She’s in full glam and wearing a black shimmering gown.

Rollerskate in your own Fashion Boutique If you have enough investment money to establish your own fashion brand, would you want to skate inside your boutique? Well, since Victoria Beckham has one, she decided to do such a thing in one of her shops. If she stumbles upon some of the displays, she could easily ask her crew to fix her mess.

Sit on your Luxurious Car Justin Bieber must’ve been tired of counting his money or all of the songs on the Billboard Hot 100 that he was credited for, so he decided to sit on his blue Ferrari 458. This ‘seat’ is worth $434,500! With a net worth amounting to $285 million, he could buy more of this if he wanted to. What a lovely seat, isn’t it?

Park your sports car in a private jet This is way different to any degree, and only Kylie Jenner is one of the few celebrities who can possibly nail this. For the extension of her 18th birthday, the youngest Kar-Jenner sibling booked a private jet to Cabo San Lucas. She went to the airport using the white Ferrari 482 Italia that her-then boyfriend, Tyga, gave to her. According to Dailymail, the price of the car is $320,000, while renting a private flight could cost from $2,000 to $18,000 per billable flight hour depending on the plane.